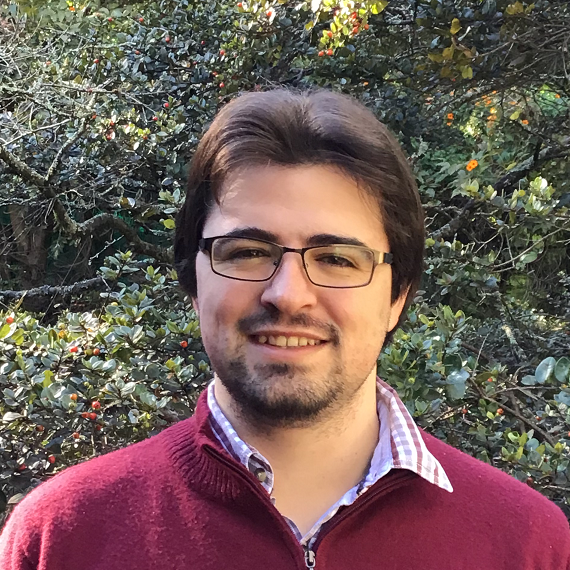 Recently, I have tried to combine these two lines of research with the aim of resolving some logstanding problems in fluid mechanics.

I focus on many aspects of finite element analysis, and have developed, both in terms of software and the underlying mathematics, several finite element methods which are characterized by having:

Some highlights are shown next.

Developed a unified and systematic approach to constructing arbitrary high-order conforming discretizations of the traditional Sobolev spaces lying in a differential de Rahm sequence (H1, H(curl), H(div) and L2) for each of the “standard” element shapes: tetrahedra,hexahedra, triangular prisms and pyramids. The code can be found here.

Disontinuous Petrov-Galerkin (DPG) methods are crafted to be stable for any linear well-posed variational formulation of a PDE. We showed their applicability by solving the equations of linear elasticity with various variational formulations, some being fast, others being slower, but robust in the near-incompressible limit. We also derived DPG methods that combine different formulations, as they are useful in physical problems like racing-engine hoses and biomedical devices. Using DPG methods, we also successfully validated data from dynamic mechanical analysis (DMA) calibration experiments involving viscoelastic materials to within 5% of the quantity of interest.

As an outgrowth of DPG methods, we exploited not only that DPG methods have positive definite stiffness matrices, but that they are a product of the transpose of a known rectangular matrix times itself. Thus, it can be posed as a discrete-least squares problem and solved with much better conditioning properties via QR-based solvers. These are very suitable for ill-conditioned problems, like near-resonant acoustics.

As another outgrowth of DPG methods, we developed high-order polygonal DPG (PolyDPG) methods by taking advantage of the properties of ultraweak formulations. These methods are compatible with arbitrary polygonal elements, distortion-tolerant, numerically stable without the need of extra stabilization terms (unlike other methods), and carry a natural a posteriori error estimator for adaptivity. They are useful in an array of applications ranging from topology optimization to crack propagation and geophysics. The code is available at www.polydpg.com.

I am interested in the global stability properties of classical flows, like plane Couette flow, which are known to have infinite linear stability limit. The method of choice is the energy method, which is over a century old, and no significant improvements have ocurred since then. It uses the energy as a Lyapunov functional. By using new techniques from optimization, we try to find new Lyapunov functionals by posing the fluid system as an uncertain dynamical system that can be rewritten as a semidefinite program (SDP) with sum-of-squares (SoS) constraints.

By taking advantage of the sparsity of finite element discretizations, it is possible to apply recent results in sparse polynomial optimization to methodically search for global optima of quantities of interest in physical systems governed by nonlinear PDEs. We plan to use these ideas to compute exact coherent states in regions where homotopic continuation techniques are not viable.